With 3,427 miles of seashore, California has the second longest amount of ocean coastline in the continental United States. Offshore oil drilling began in California way back in 1896 when the Summerland Oil Field in Santa Barbara County expanded its drilling to piers built out over the ocean. Today notable California offshore oil fields include Ellwood Oil Field and the Dos Cuadras Oil Field.

Working on an oil rig or jack-up rig is one of the most dangerous jobs according to the Bureau of Labor Statistics – with the number of oil rig deaths per year often exceeding 100, and many more individuals suffering serious injury. Though catastrophic incidents are rare on oil rigs, the potential for death or great bodily harm is great when they do occur. And smaller incidents occur much more regularly, leading to disability of oil rig workers.

According to OSHA “three of every five on-site fatalities in the oil and gas extraction industry are the result of struck-by/caught-in/caught-between hazards.” Working under suspended loads, unguarded equipment, moving parts of equipment, and pipes, casing, tongs, elevators, and spinning chains can all result in striking, caught-in, or caught between oil rig injuries.

Other common causes of oil rig injuries include:

Oil rig workers on an offshore drilling platform who suffer injury while on the job are typically entitled to benefits under the Longshore and Harbor Workers’ Compensation Act. This is a “no fault” benefit system that entitles the injured oil worker to compensation, regardless of who was at fault or responsible for the injury.

The Longshore and Harbor Workers’ Compensation Act mandates that injured oil rig workers are reimbursed for any necessary medical expenses they incurred due to their injury. In cases where the injured oil rig worker paid for a doctor, surgery, rehabilitation, medication, or other medical care out-of-pocket, they are entitled to reimbursement through the Act.

Oil platforms are treated as land under maritime law, so the law applicable to them is different from the law that would apply to an injury on a vessel.

Figuring out which workers’ compensation laws apply to an injury incurred on an offshore platform injury depends on two factors: (1) if the injured worker is a seaman and (2) the location of the platform.

In rare cases, injured platform workers who qualify as seamen are entitled to compensation from their employers under the Jones Act but are not entitled to workers’ compensation benefits under either state or federal law.

However, because oil platforms are considered land under the law, most injured oil rig workers will qualify for workers comp benefits under the Longshore and Harbor Workers’ Compensation Act (LHWCA). If the injured oil rig worker was not a seaman and the offshore platform injury occurred on the Outer Continental Shelf or if the worker was engaged in longshoring operations, the Longshore and Harbor Workers’ Compensation Act will provide coverage.

The Longshore and Harbor Workers’ Compensation Act provides compensation coverage for individuals who suffer injuries while working within the navigable waters of the United States. Any adjoining area (pier, wharf, dry dock, loading zone, etc.) that is part of the working environment is also subject to coverage.

Your consultation with our experienced airline employee workers’ compensation attorneys is 100% confidential, and neither your employer nor your insurance company will be notified that you requested a consultation with us. Our attorneys will help you understand your rights and work tirelessly to ensure that you receive the maximum workers’ compensation benefits for which you qualify. 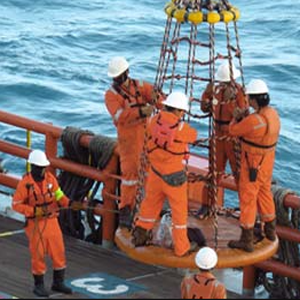