Compensation for Injured Seaman Under the Jones Act

The Jones Act is a federal workers’ compensation law designed to provide financial compensation and medical care for seamen who were injured while acting in service to a United States vessel.

Certain qualifying workers injured (or killed) while working on vessels, on docks, in shipyards and on offshore drilling rigs are entitled to reimbursement under special laws enacted by Congress, which provide greater protections and benefits than state workers’ compensation systems. These laws are The Outer Continental Shelf Lands Act, the Longshore and Harbor Workers’ Compensation Act, and the Jones Act.

Ship workers at sea or “seaman” are eligible to receive “maintenance and cure” under the Jones Act, which pays an allowance and medical treatment until they have reached maximum medical improvement (MMI). Seaman may also bring a claim of “unseaworthiness of the vessel”, which if may entitle them to recover additional damages for pain and suffering as well as past and future lost wages, if proven.

In addition to the Jones Act, seamen are also covered by general maritime law. Very few law firms or attorneys are skilled and experienced in seaman’s Jones Act cases. In this article the specialized Jones Act attorneys at the Law Firm of Cantrell Green help you understand your rights under this unique set of laws.

Who is a Seaman Under the Jones Act?

Under maritime law, a seaman is a person who has an employment-related connection with a specific ship or shipping company.

To be considered a seaman under the Jones Act, an employee’s duties must contribute to the functioning of the ship or vessel and must have a substantial connection to the vessel’s navigation. While this sounds very limiting, it in fact has a very broad interpretation – including for example, a chef or musician employed on a cruise ship.

A seaman must also spend at least 30% of his working time aboard such a vessel in navigable waters. An employee can qualify as a seaman under the Jones Act, regardless of whether or not he or she is a U.S. citizen.

What is a Vessel Under the Jones Act?

The Jones Act applies only to certain workers and vessels. Non-seaman’s cases – such as boating accidents or guests on cruise ships – may instead fall under general maritime law instead, which allows for negligence claims.

Unfortunately, what constitutes a “Jones Act vessel” is a somewhat gray area. Generally speaking, a “vessel” must be capable of transportation – so employees on fixed oil drilling platforms do not qualify. However, in some case certain mobile offshore drilling equipment such as floating rigs and semisubmersibles may satisfy the definition of “vessel.”

To be covered under the Jones Act the injury must have occurred on a vessel built, owned, and operated by United States citizens or permanent residents. The vessel must also be capable of navigation – but it does not necessarily mean that it needs to be out at sea or able to self-propel. However, the “vessel” must be capable of movement – such as a  fishing vessel or a dredge that is towed.

Some of the vessels that may be eligible under the Jones Act include:

How Long do I Have to File a Jones Act Claim?

What Compensation can a Seaman Get Under the Jones Act?

Although the Jones Act is often characterized as a type of (or substitute for) workers compensation, the damages (monetary award) is more like the types of damages in a personal injury case.

Workers’ compensation benefits are typically limited to 2/3 of an injured workers salary. But under the Jones Act a seaman can be compensated for all lost earnings and lost earning capacity, past and future medical expenses, and in some cases pain, suffering, and mental anguish. Some courts will even award the seaman interest on his/her damages.

Very few law firms or attorneys are skilled and experienced in longshore, seaman, and maritime compensation. If you were injured while working on, at or near the water the attorneys at the law firm of Cantrell Green can help you understand your rights and determine which laws apply to. We are skilled and experienced in Jones Act, Longshore and Harbor Workers’ Compensation Act, and Outer Continental Shelf Lands Act (OCSLA) work injury claims.

Schedule a consultation with our Jones Act attorneys today and take the first step to ensuring that your rights are protected and that you collect the maximum compensation for which you qualify. 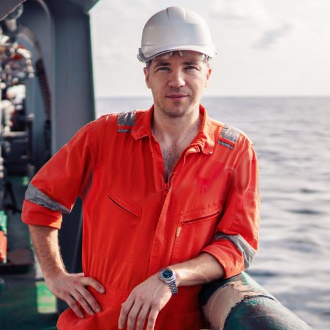