Bloomberg Law is one of the most extensive and respected sources of legal information that uses data analytics and artificial intelligence to compile and present reputable legal research. In March, Bloomberg Law published a scathing report on UPS’s documented history of threatening retaliation against UPS workers who spoke up about on-the-job injuries.

According to the Bloomberg Law report, UPS managers’ reluctance to call for medical attention for injured workers is all too common. Bloomberg Law also stated that workers accuse management of retaliating against those who do report accidents, creating a “culture of fear.” Of course, UPS denies the accusations.

UPS employs more than 400,000 workers nationwide and moves more than three million packages every day. But they staunchly defend their safety record and firmly deny any claims that it discourages reporting of injuries in any way. However, Bloomberg’s search of lawsuits filed by employees against UPS in the past five years revealed more than 40 open federal and state cases that alleged UPS managers discouraged the filing of injury reports.

Interestingly, in similar searches, UPS’s biggest competitors, FedEx and DHL, did not reveal these types of claims, according to the Bloomberg Law report. This indicates that retaliation for workers comp claims is not an industry-wide phenomena, but rather may be a workers’ compensation problem that is unique to UPS.

In one interesting case filed last February in California Superior Court, Shaun Medina, a former UPS sorter and unloader, outlined a UPS process that deals with injured workers which he labeled: “deny care and threaten discipline or termination.”

Mr. Medina had injured his shoulder in 2017 while unloading 80-pound-plus packages from a truck for several hours. When he went to his safety supervisor to file the incident report, the supervisor would not document the worker’s injury – and told him to drink tea and return to work “since it was costly on UPS to do anything else for him.” It took a full month of Medina asking to see a doctor, when UPS finally relented, and the provider immediately put Medina on a 20-pound lift restriction.

In another California UPS case, a Los Angeles UPS worker, Richard Galvan, filed a lawsuit claiming assault, battery, and wrongful termination among other allegations, after sustaining a serious back injury at work when he slipped and fell while getting out of a tractor trailer. Mr. Galvan worked at UPS for 30 years. His lawsuit alleges that UPS refused to accept his injury report even though the incident occurred in front of a manager.

So clearly, if you are a UPS employee who has been injured at work and made to work with the injury – and/or been threatened with termination for filing a claim – you are not alone.

According to UPS it is their company policy to contract with health-care providers that are located near their warehouses. And under the collective bargaining agreement between the Union (International Brotherhood of Teamsters) and UPS, it is UPS that has the right to select the doctor or medical provider who examines injured worker.

The massive growth of Amazon.com and other online retailers over the past decade – and especially during the pandemic lockdown – has put more and more strain on big package delivery firms like UPS. And now, Amazon itself has become a direct competitor to UPS by offering their own package delivery service. All of this in turn puts pressure on UPS to pressure its workers to work faster, harder, and longer hours – and not report injuries.

As a result, while it’s up to the employee to file a workers’ comp claim, it often simply does not happen because employees fear retaliation.

Whether you are a UPS delivery driver, warehouse employee, or other worker, you are entitled to workers’ compensation benefits if a work-related injury prevents you from worker. You have the right to these workers’ benefits both under California Law and pursuant to your Teamsters collective bargaining agreement. And you should not fear retaliation for exercising the right to collect the workers’ comp benefits to which you are entitled.

But dealing with a large company like UPS can be daunting, intimidating, and even overwhelming. This is why UPS workers injured on the job should consult with a workers’ comp attorney who has the skill, experience, and reputation to take on the “big boys” like UPS.

Discussing your case with an experienced UPS workers comp attorney not only protects your right to compensation but may also help protect others from experiencing a similar situation. But remember, like any injury cases, time can be of the essence in a worker’s comp case. So be sure to contact a workers’ comp attorney who can file your claim as soon as possible after your accident. There are time limits on filing workers comp claims. And the longer you wait, the more difficult it is to obtain the evidence you need to win your case.

If you are a California UPS employee who was injured on the job, call the workers comp attorneys at Cantrell Green today. We will protect your right to collect workers compensation without fear of retaliation or losing your job. 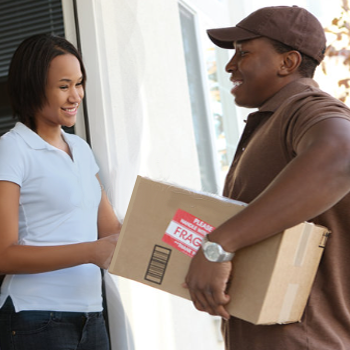