In good news for California truck drivers, The Ninth Circuit Court lifted a hold on California’s new labor law that classifies truck drivers as employees. So, once again, truckers are eligible for workers compensation and other employee benefits and protections.

This Spring, a federal appellate court reversed a ruling that barred California from enforcing a new labor law that trucking companies contend will force them to phase out independent owner-operators and classify all drivers as employees.

A panel of the 9th Circuit Court of Appeals ruled, 2-1, that a federal judge in San Diego misused his authority when he issued an injunction barring the state labor commissioner from implementing Assembly Bill 5, which was enacted in 2019.

Previously a Supreme Court decision established a rigorous test for assessing whether a truck driver is an employee or an independent contractor. That case established a “presumption” that truck drivers should be treated as employees (and entitled to Workers Comp) – unless and until the employer “jumped through certain hoops” to prove that the people who drove truck for them met a specific independent contractors’ test.

Then in 2019 a Bill was passed in California that made this ruling “law” – so that all truck drivers in California were “automatically” considered employees (and therefore entitled to workers comp) unless the employer could prove otherwise.

But then The California Trucking Association argued that this California Law was pre-empted (overridden) by a federal law that prohibited individual states (like California) from placing limitations on motor carriers’ “price, route, or service.”

So, the issue then went to a federal (US) Court in San Diego where the judge ruled that the new law (that “presumes” truckers are employees) was indeed invalid due to the already existing Federal (US) law.

Next this decision was appealed to an even higher court: the Ninth Circuit Court.  This higher court then reversed what the San Diego judge had done. In making that decision, the 9th Circuit Court relied on  previous cases in which state labor laws were maintained despite possible cost increases to the employer.

In a nutshell, after several court decisions, truck drivers are considered employees under California law. (Unless the employer goes through the steps to categorize them as independent contractors).

In short, a California truck driver is an employee unless he or she is (A) independent of the hirer’s control and direction, (B) performing work outside the scope of the employer’s regular business, or (C) engaged in an independently established trade, occupation, or business of the same nature as the work performed for the hirer.

For truck drivers, this is great news. It means that are entitled to workers compensation and other benefits and protections that employees get. According to labor activists, the ruling reaffirms California’s authority to defend its workers.

Conversely, the trucking firms and their insurance carriers are not happy. Now trucking companies may face new employment practices and workers’ compensation obligations as a result of the decision.

The California Trucking Association released a statement implying that the battle is far from finished. The association has indicated that in may seek file an appeal with the United States Supreme Court. The US Supreme Court is the highest court in the country. So their decision on the matter (if they even agree to “hear” the case – which is their choice) would likely be the final decision on the matter.

At Cantrell Green our attorneys are committed to helping injured truckers receive the benefits they need and deserve. If you are unsure whether workers’ compensation benefits apply to your trucking accident or injuries, we can review your unique case and help you determine what your legal options are moving forward.

Remember, there are time-sensitive deadlines for filing workers compensation claims that you cannot miss or you lose your benefits, so the time to contact an attorney now. 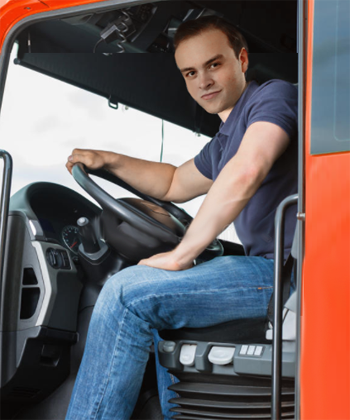