The Black Lives Matter movement has helped raised much needed awareness of the significant societal and economic disadvantages that African Americans tragically still encounter in the United States. But, as a country we still have a long way to go to rectifying these inequities.

Because of these economic inequalities, social insurance programs such as Social Security Disability are of critical importance to the black community.

Additionally, genetics, culture, life-expectancy and lifestyle influence any unique population’s overall health and risk of disability. So the African American community has its own specific and unique health concerns – which result in race-specific issues that must be understood when looking at African Americans and Social Security Disability benefits.

While the Social Security system is in theory “race neutral” both Social Security Retirement benefits and disability benefits play a larger role for minorities than for white individuals overall – due to the fact that minorities typically have fewer financial resources.

This was an important “first step” in making the Social Security system more responsive to the needs of the black community. But, with Trump taking office in January of 2017, little has been done since then to further understand or improve the impact of Social Security benefits for African Americans. As the presidential election looms, it is expected that minority voters will favor a change of administration – due to Biden’s open support of issues facing people of color, while Trump continues to align himself with groups and policies that oppose the advancement of equality.

Why The Importance of Social Security Disability to the Black Community

To begin with, black individuals are more likely to live with a disability than the rest of the general population. African Americans suffer a disability rate of 14.4 percent versus 12.6 percent of the white population.

And, several serious diseases strike black individuals harder and more frequently than they do white individuals. While African Americans experience roughly the same incidence of heart disease (25 percent) and cancer (23 percent), blacks in America have higher rates of diabetes, hypertension, and obesity.

Also, statistics showed that African-Americans are more than twice as likely as Caucasians to hold no financial assets, and to have no cash or assets (such as savings) on hand (“a zero or negative net worth”). Most African-American households were found to have less than $10,000 in savings for retirement – and little or nothing invested in any retirement account. And, with the COVID-19 pandemic disproportionately affecting people of color, these statistics may even be more grim in 2020.

Sadly, even despite lower tobacco exposure, men of African American descent are 50% more likely to get lung cancer than men of Caucasian descent. And strokes annually kill 4 times more black Americans than white Americans between the ages of 35 and 54.

Genetics, environmental factors and socioeconomic status all play a role here. But whatever the cause, it is essential that Social Security Disability benefits remain available to all Americans – including black Americans and other people of color.

If you have been disabled and you live in Long Beach, Orange County, the Los Angeles area or anywhere in Southern California, we offer a consultation with an experienced Social Security lawyer to help you understand your rights and obtain the maximum  disability benefits for which you qualify. 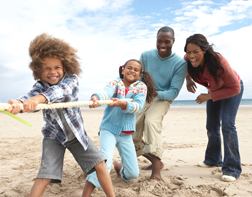